This book is a bit of a mystery to me. I found it on my shelf when I was packing up to move and have absolutely no recollection of when or where I got it. Must have been a wine induced eBay purchase. I was very surprised when I opened it up and its inscribed to a Dr. Eli Goldstein by Anaïs and Ian Hugo.

This first volume of Cities of the Interior was originally published in separate parts entitled Ladders to Fire, Children of the Albatross, Four Chambered Heart, Spy in the House of Love, Solar Barque. Copyright 1959 by Anaïs Nin.

I cannot find a publisher listed but I believe it was published by the Swallow Press previous to the individual copies. It mentions a second volume is in preparation and will appear in 1960. I am not sure if this ever happened as her next novel published was Collages. 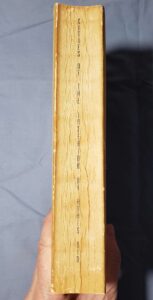 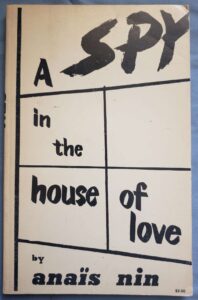 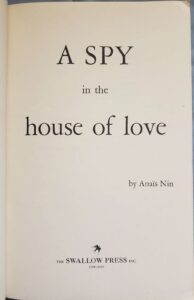 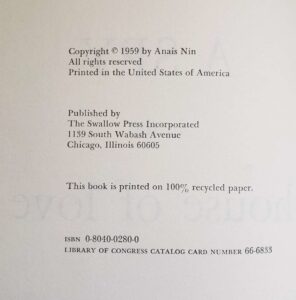 Children of the Albatross - Anaïs Nin - The Swallow Press 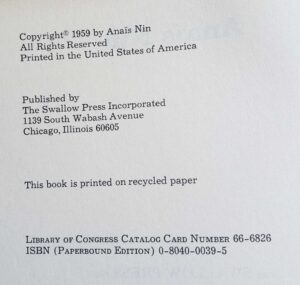 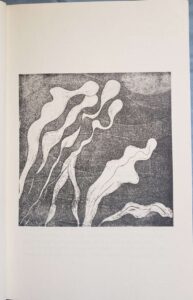 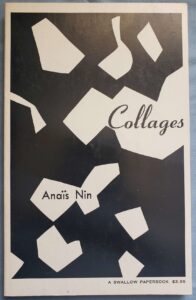 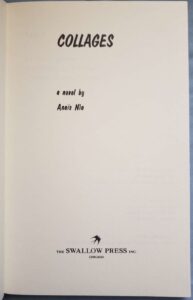 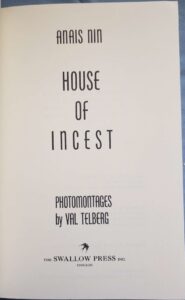 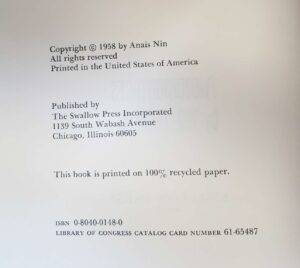 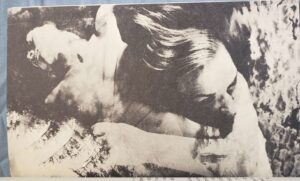 Number seven of the "Outcast" series of Chap-books issued occasionally by Oscar Bardinsky at the Alicat Book Shop, 287 S. Broadway, Yonkers, N.Y. This copy is one of only 750 offered for sale.

Not written by Nin but I thought it was interesting and Nin adjacent. 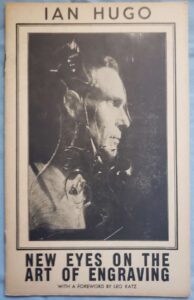 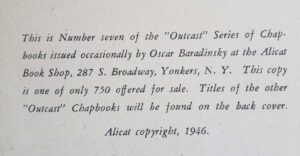 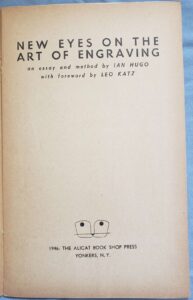 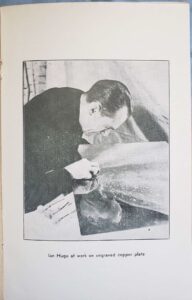 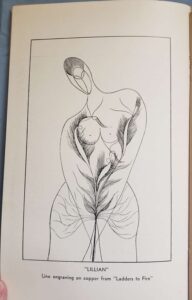 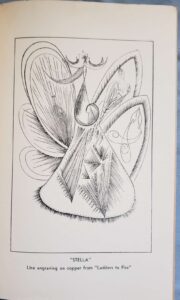 Number six of "Outcast" series of Chapbooks issued occasionally by Oscar Bardinsky at the Alicat Book Shop, 287 S. Broadway, Yonkers, N.Y. This copy is one of only 750 set up and printed by the Hunt Turner Press. 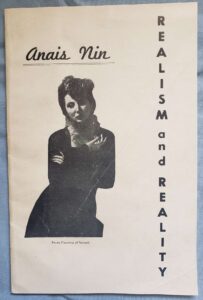 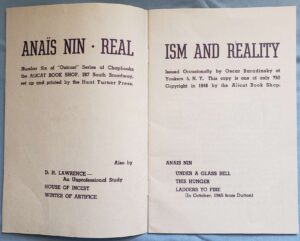 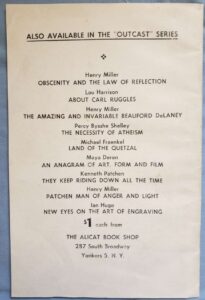 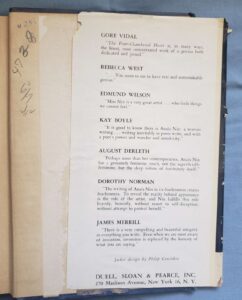 Under A Glass Bell - Anaïs Nin - The Swallow Press 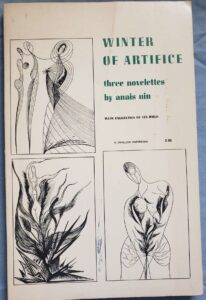 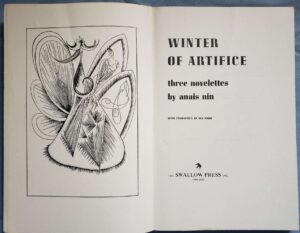 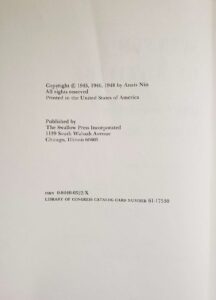