Black Sun Press was started in Paris by Americans Harry Crosby and Caresse Crosby (she invented the modern brassier) in 1927. They started by publishing their own poetry but soon moved on to publishing works of their friends and other expatriates. They published very limited runs of meticulously produced, hand-made books on high-quality paper. With all the work that they put into their books runs were less generally less then 500 and some books only 10 or 20 copies. Authors they printed include Oscar Wilde, D.H. Lawrence, James Joyce, Ezra Pound, Ernest Hemingway, William Faulkner and T.S. Eliot.

Harry Crosby died in 1929 of in suicide pact or a murder suicide with his mistress 20-year-old Josephine Noyes Rotch. Either way it caused quite the scandal in Paris and the USA. Caresse Crosby continued on and dedicated herself to running Black Sun Press and published many great works.

Due to the limited runs and the cost of acquiring examples of Black Sun Press books, they are not very well known or given much attention in literary history. The books that I have the pleasure of owning are some of the most amazing books I have ever seen. I would like to own some of the extremely limited runs but they are very expensive and rarely found for sale. I have been collecting for about 25 years and have only acquired a few that cost less then a used car.

Published in 1930, under the direction of Caresse Crosby. This is #241 of 370 numbered copies of the European Edition. It contains 6 wonderful colour lithographs by Marie Laurencin. My copy is not in the best of shape as the paper is not very durable but I could not afford a mint copy.

One thing that makes this copy really interesting is that it was a Christmas present from Princess Margaret Draper Boncompagni. Her father was a Union General and her mother was the daughter of a Confederate General. I can only imagine what her family reunions were like. Margaret married an Italian Prince and became a Princess but the marriage did not last long given that the Prince brought his mistress on their honeymoon. Margaret fought a legal battle to keep the Princess title and won. She never remarried but was quite active in high society until her death in 1974. The book came with a Christmas card from her. 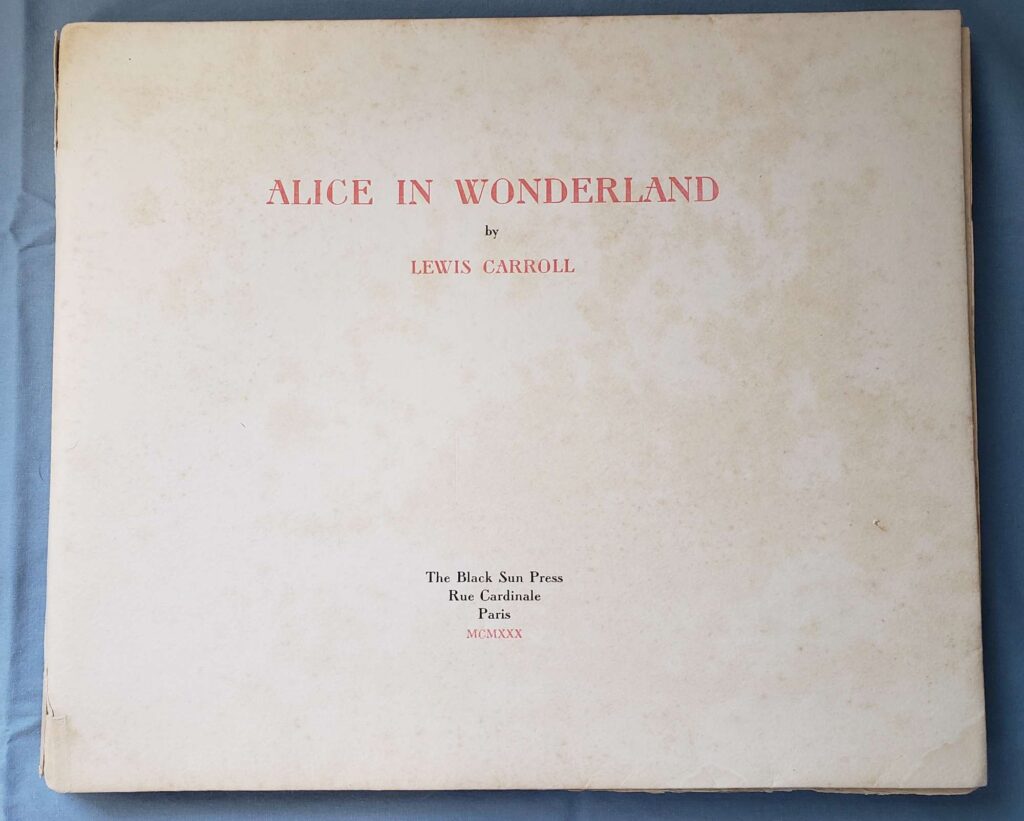 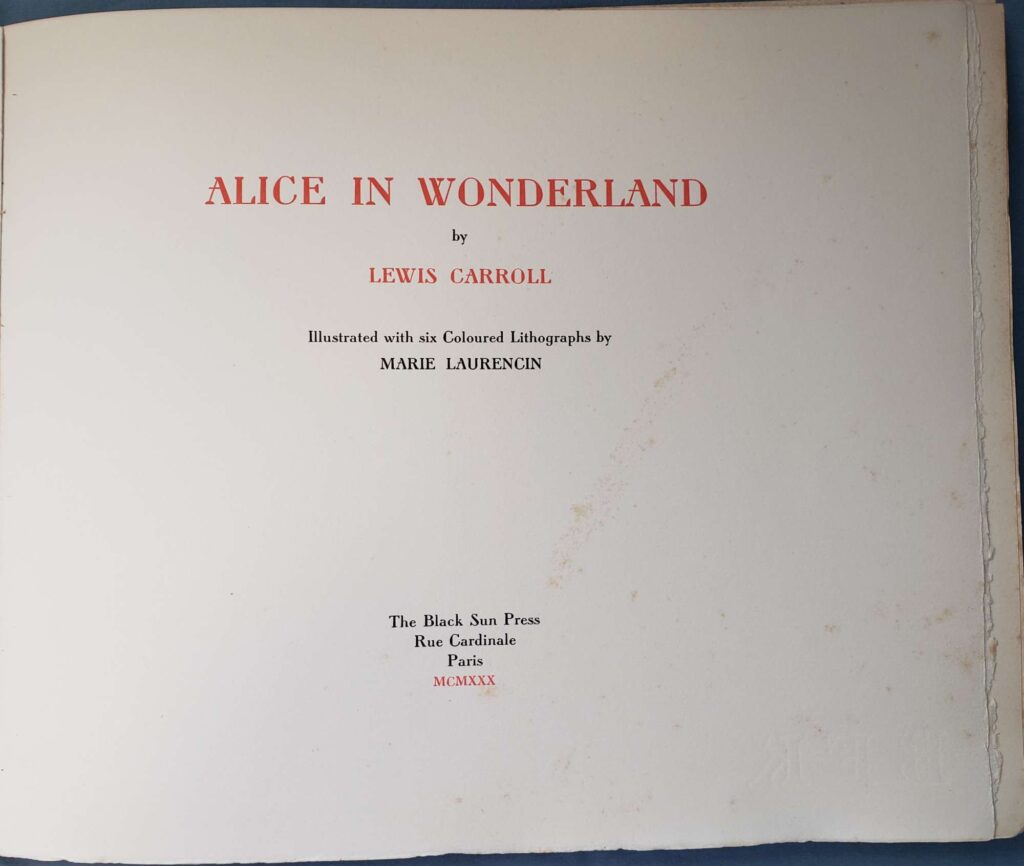 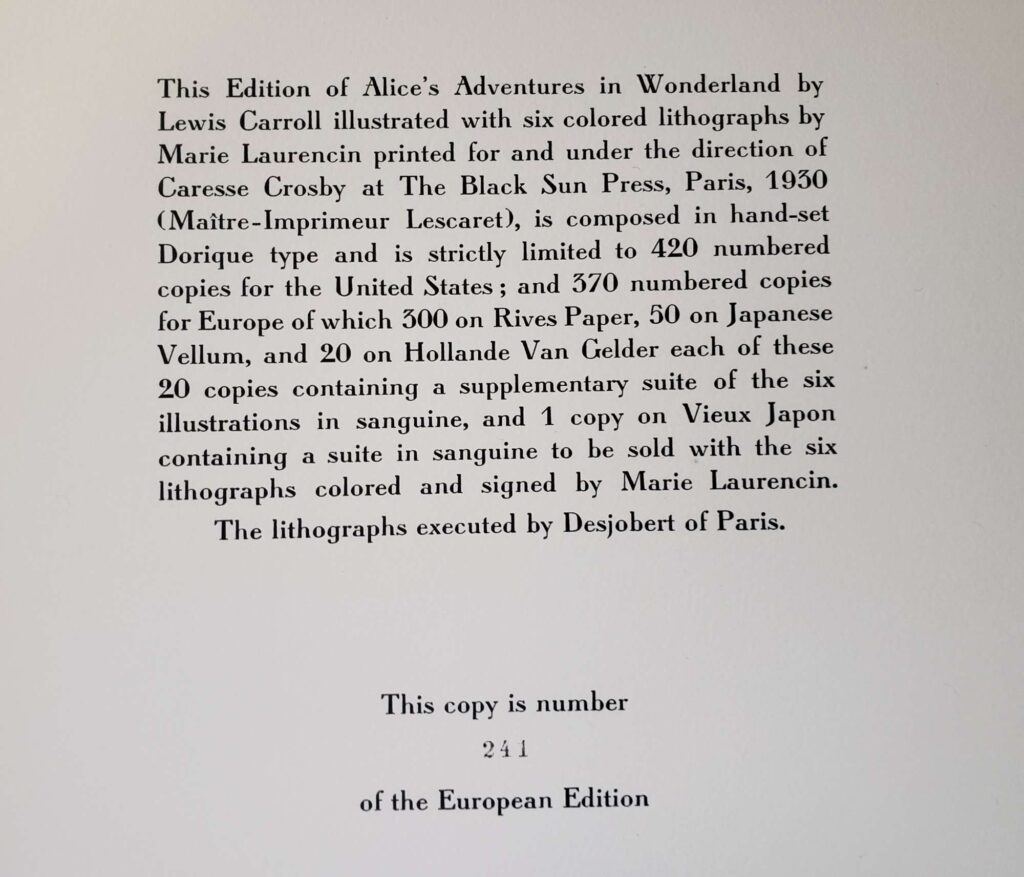 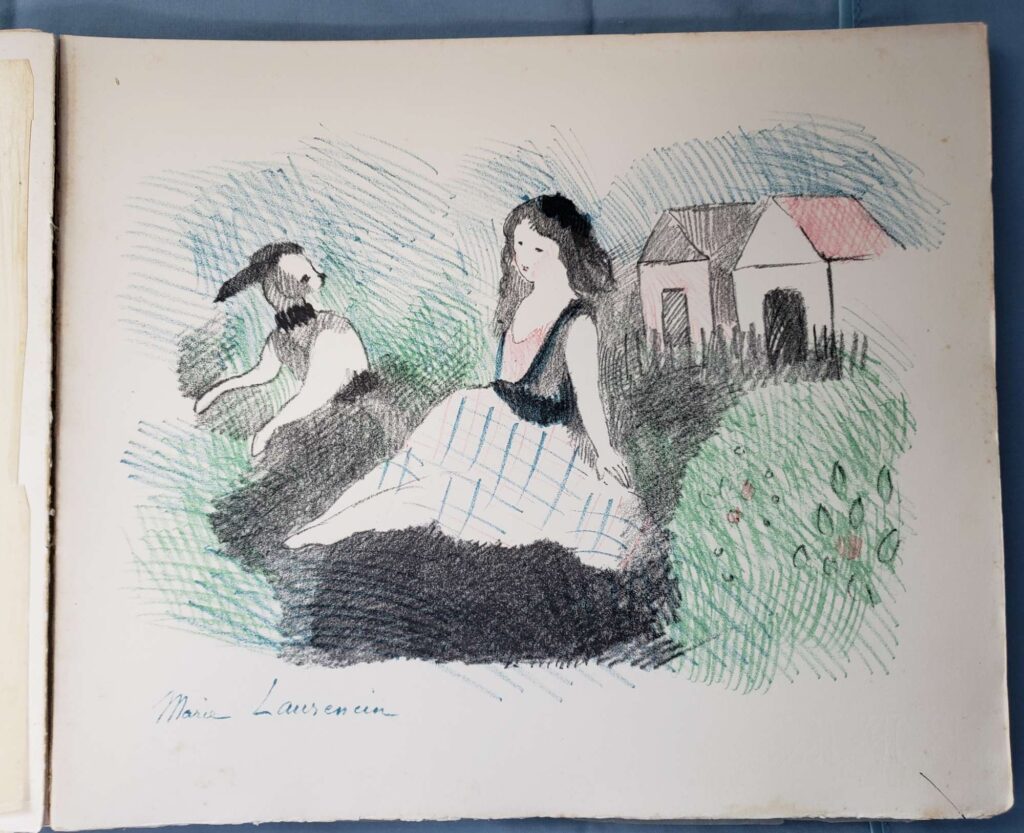 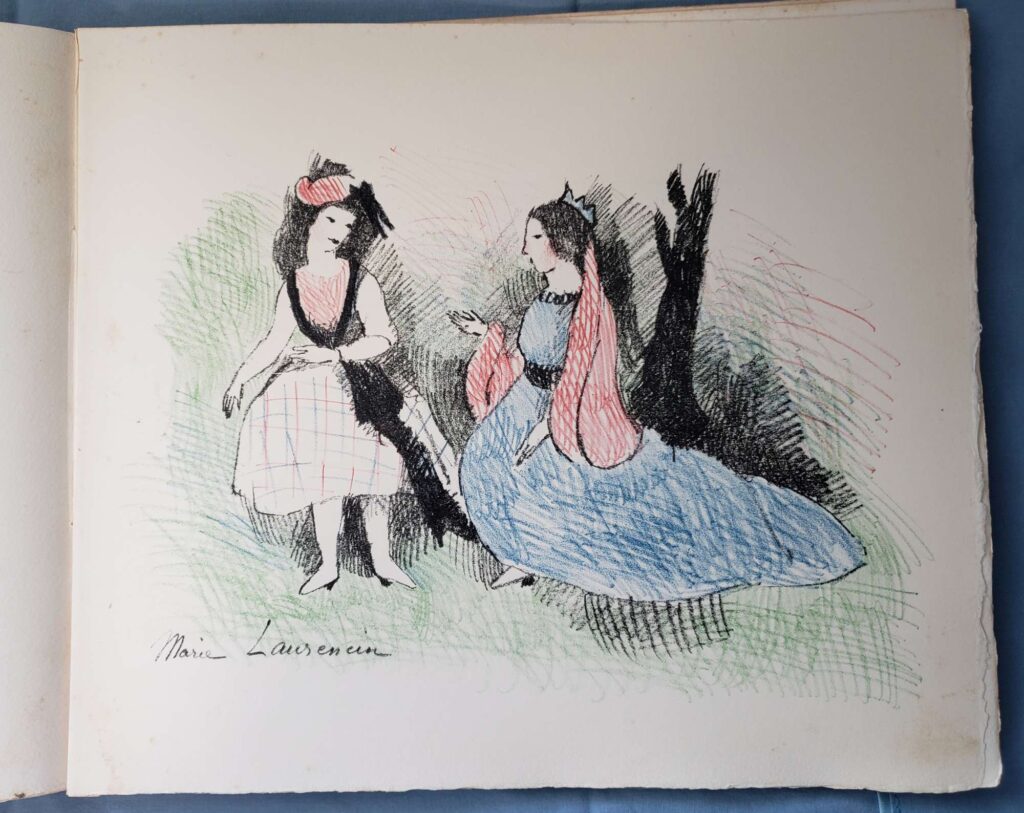 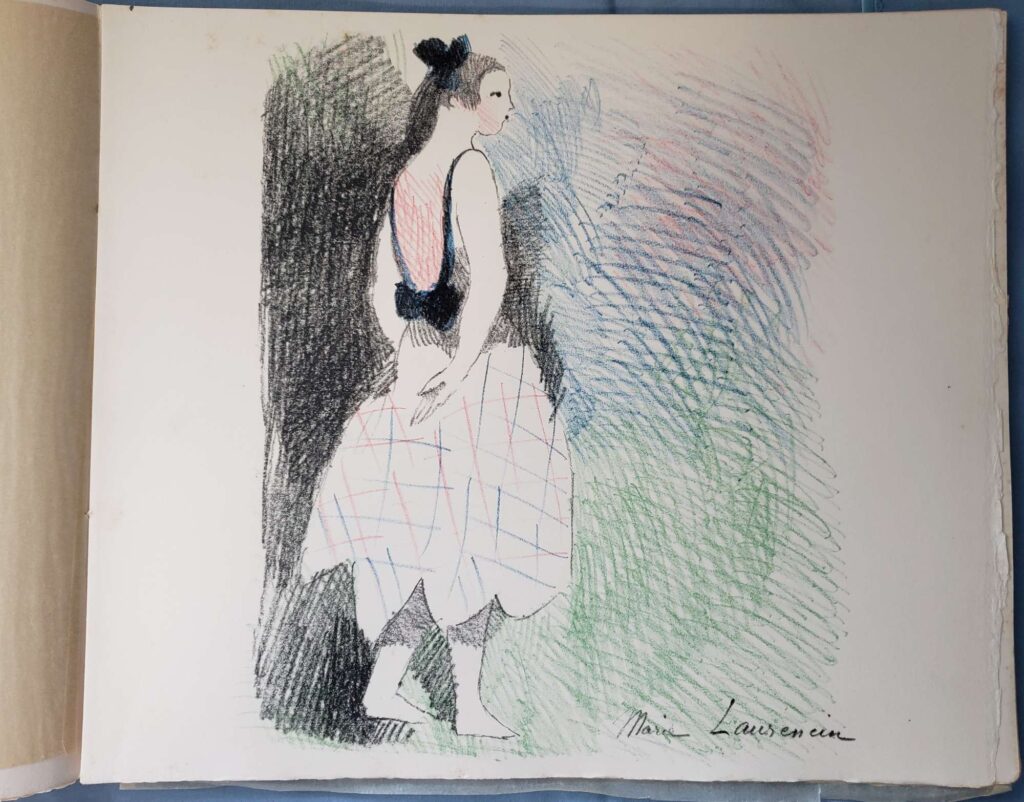 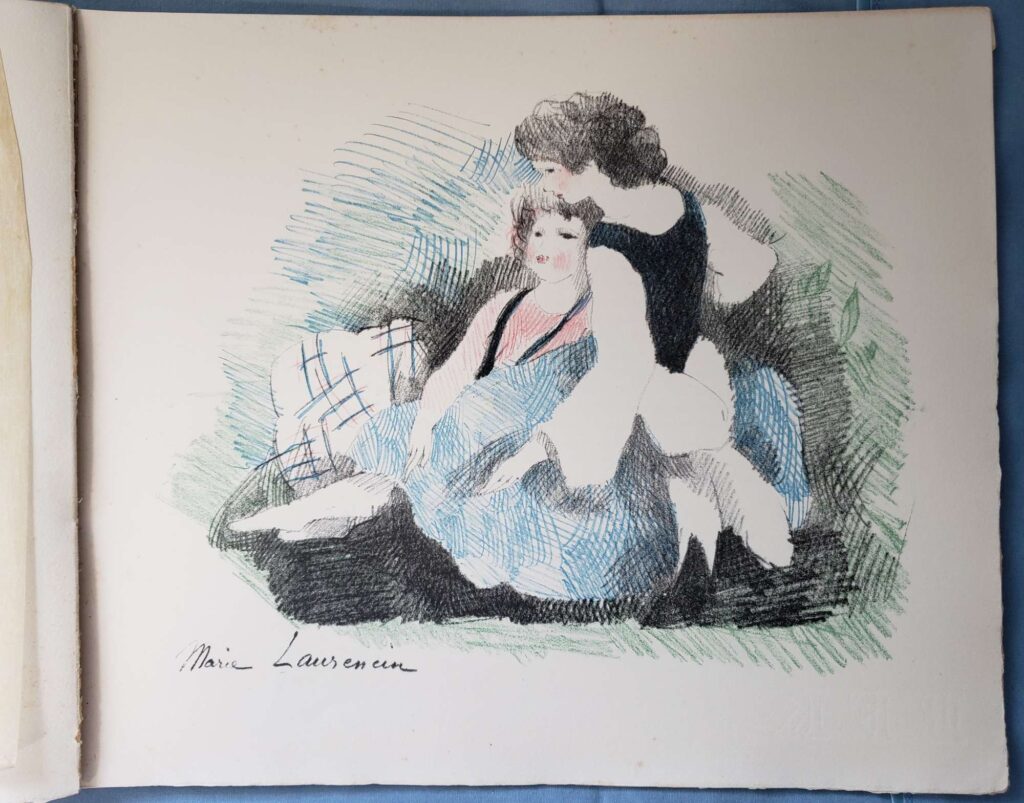 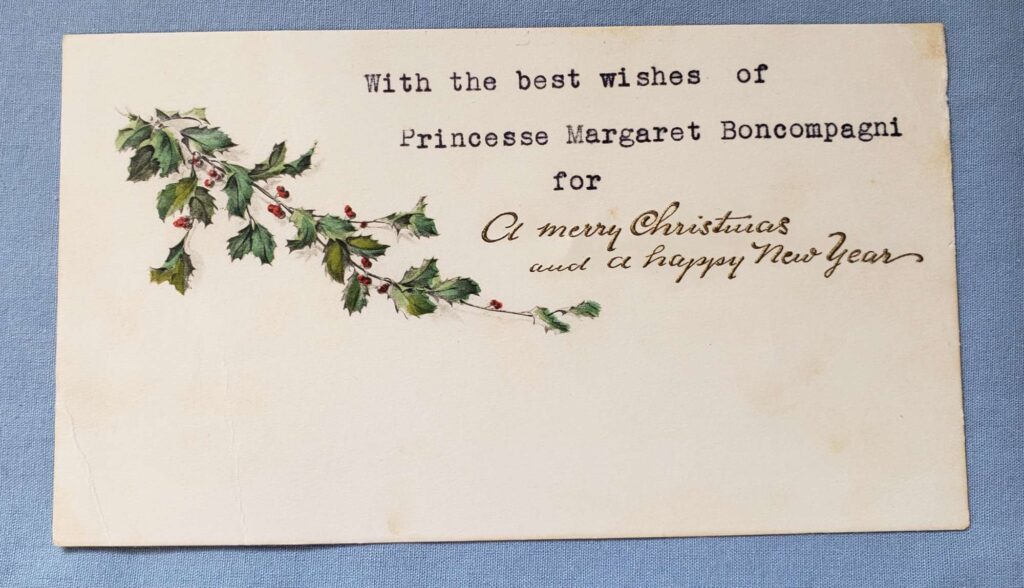 Originally written in the 1780's this two volume set is truly a work of art. I do not know the printing method used for the illustrations by Alastair but they pop off the page and feel embossed. My photos really do not do them justice, they are almost 100 years old and look better then anything printed today. The content and illustrations are quite risque and scream Paris in the 20's. I love this set and wish I could have the illustrations framed on my wall. I do have a second beat up copy of Volume 1 but cannot bring myself to cut it up.

This edition of Les Liaisons Dangereuses in two volumes translated by Ernest Dowson with illustrations bu Alastair, printed in hand-set type, for and under the direction of Harry and Caresse Crosby at their Black Sun Press, Paris, is limited to fifteen copies on Japan Paper, each copy supplemented by an original Alastair drawing, one thousand numbered copies on Moirans Paper, and five copies A, B, C, D, E, hors commeree. 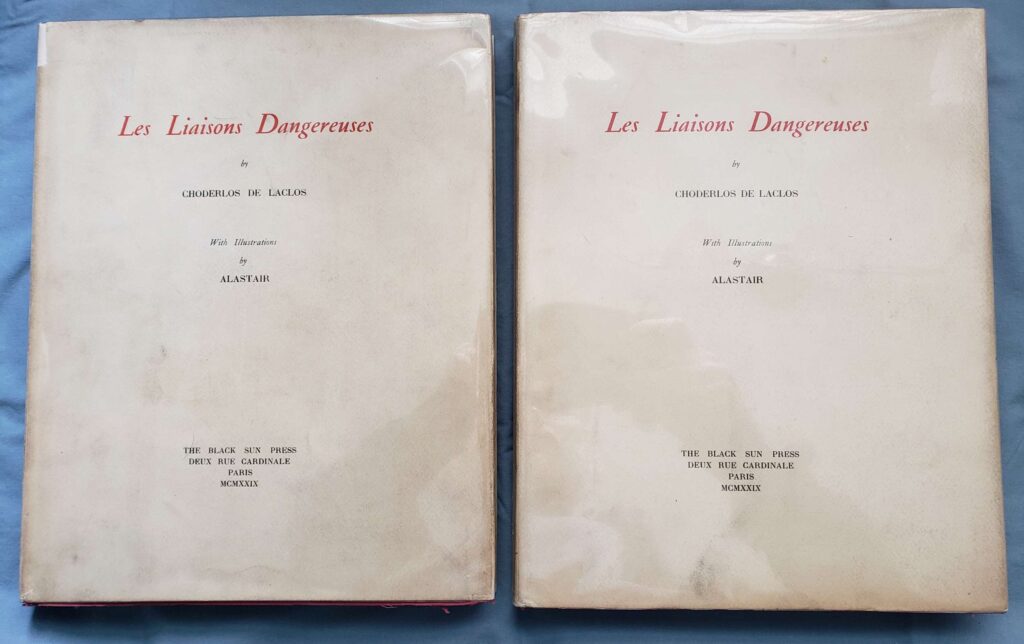 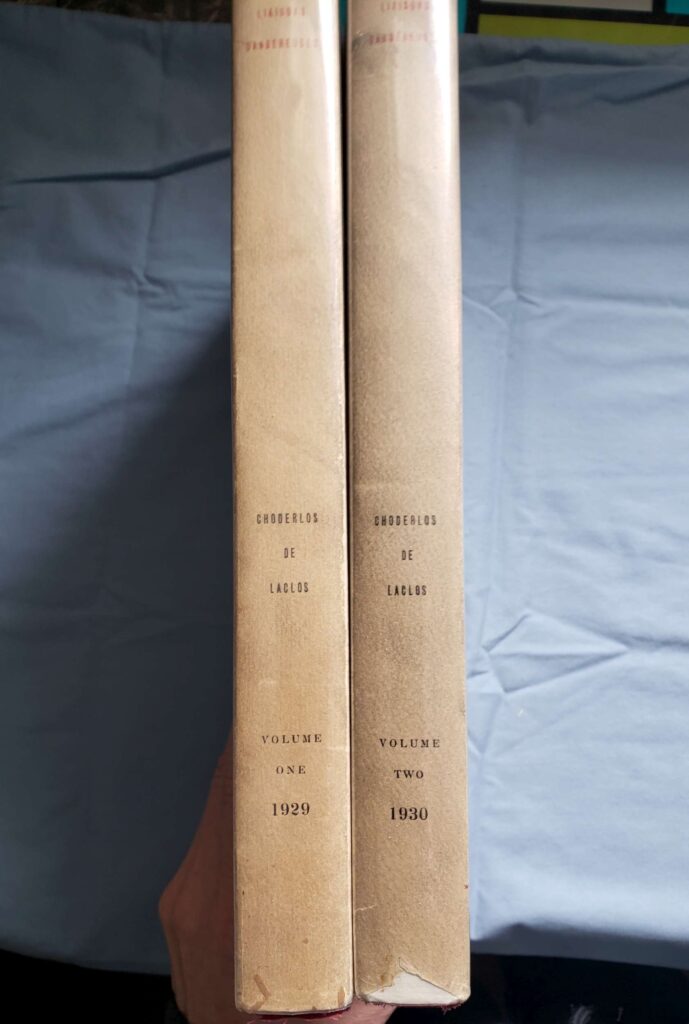 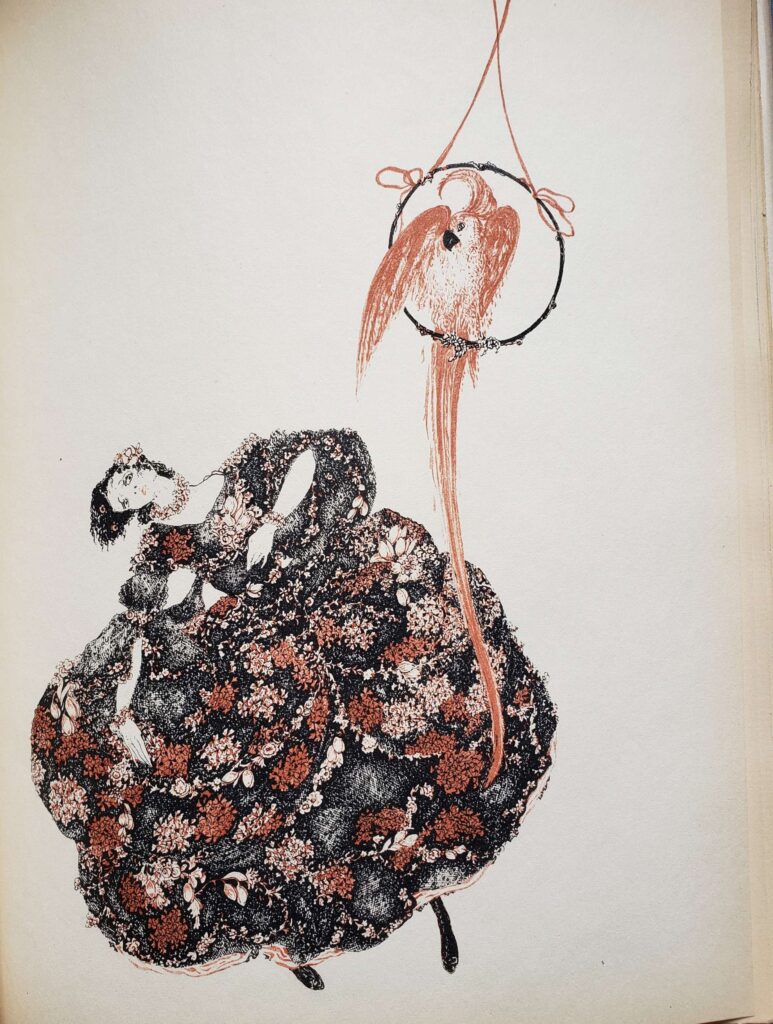 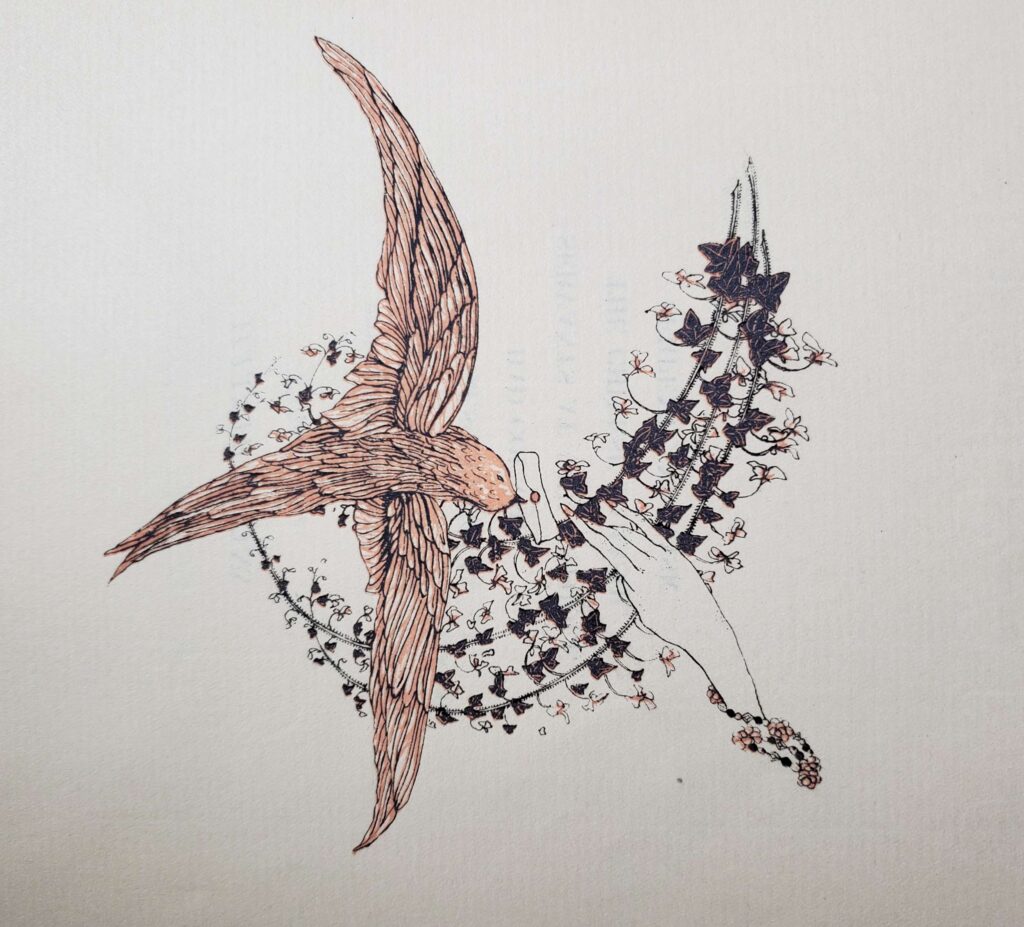 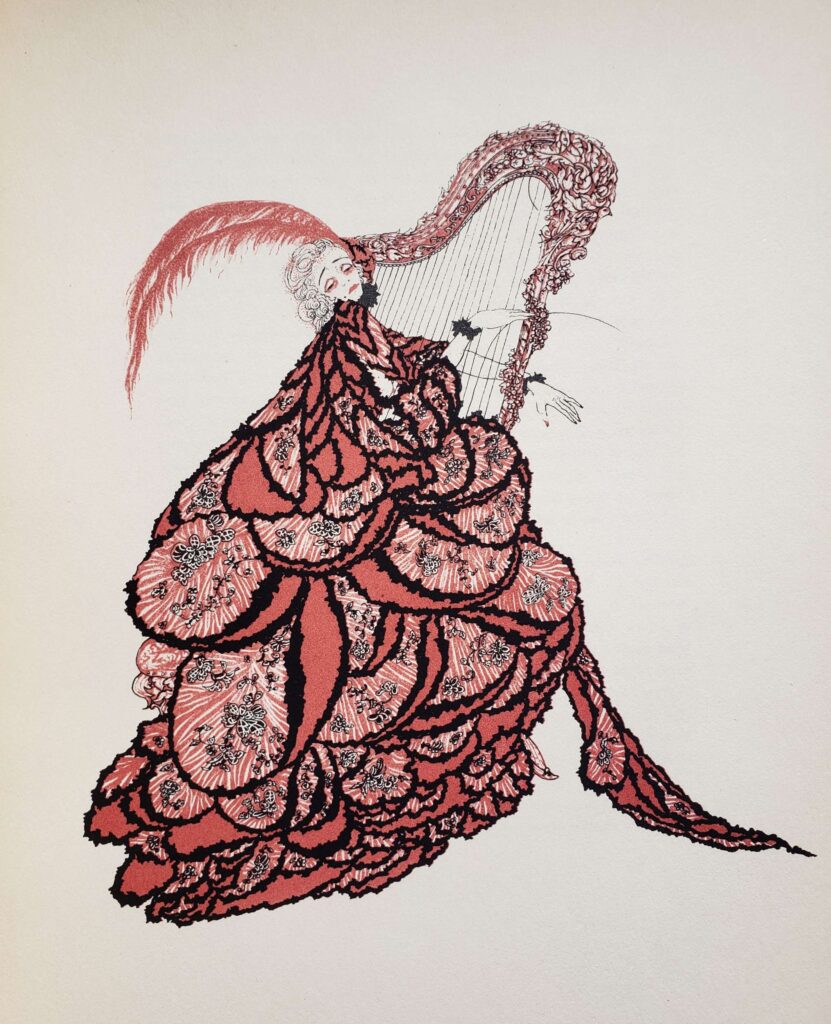 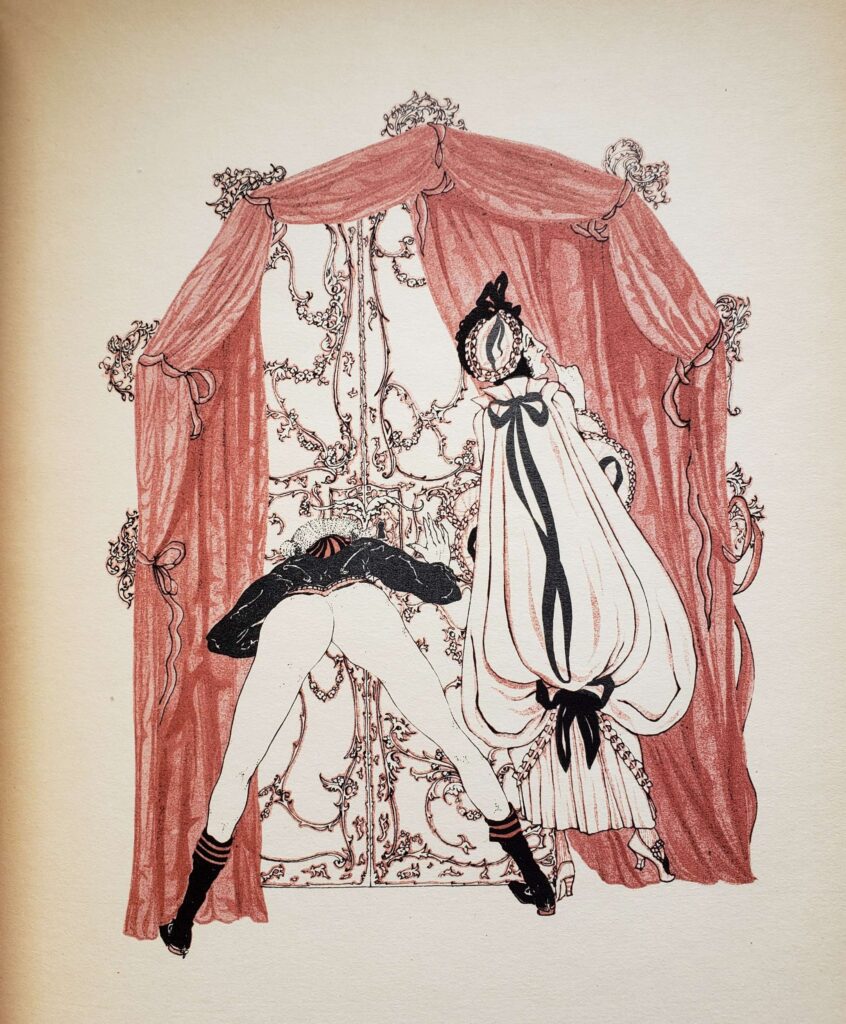 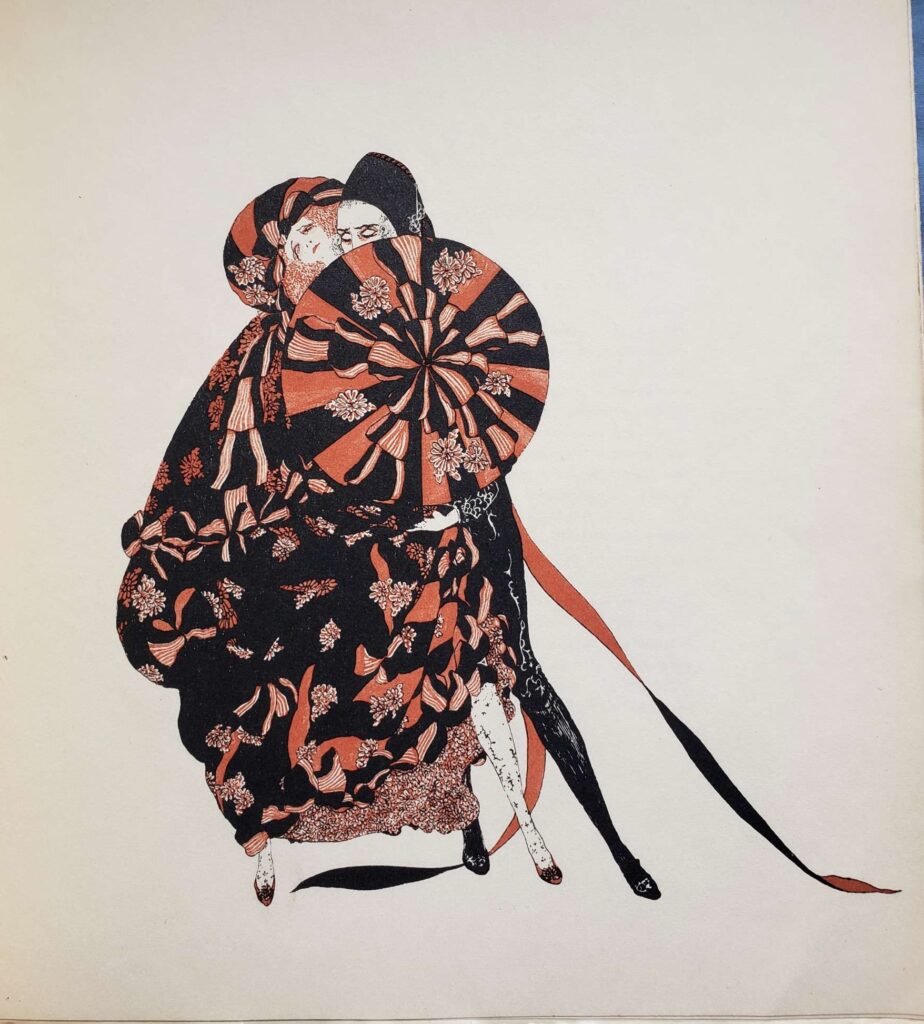 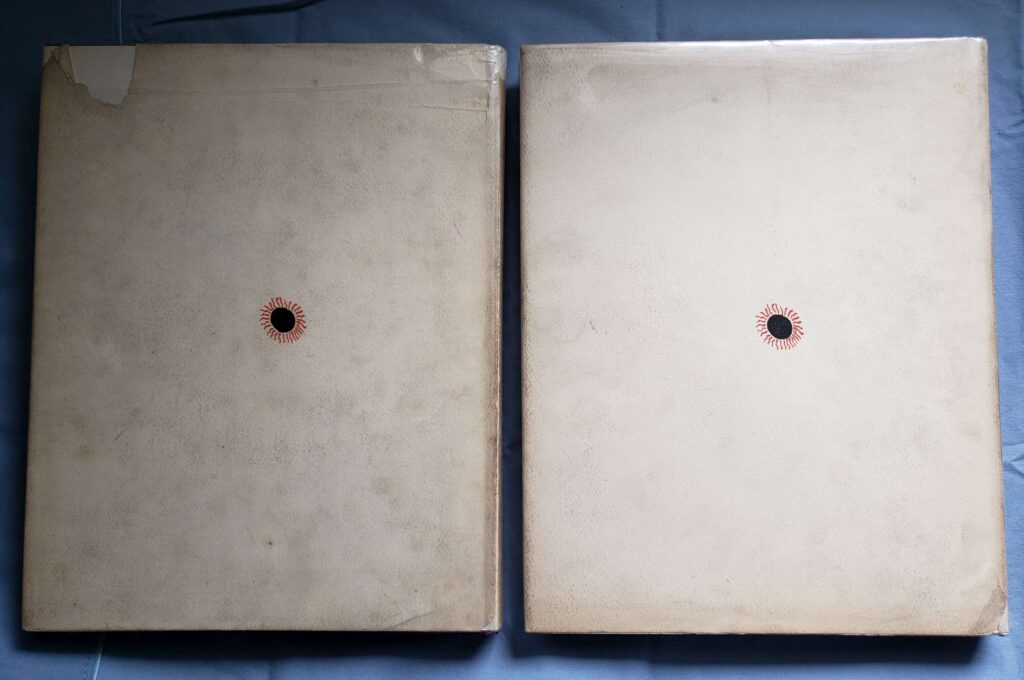 While Paris had its Nazi infestation, Caresse fled back to the United States and continued to publish. Given that there was a war on, premium supplies were a bit low so war year Black Sun Press books lack the splendour and refinement of the earlier works. There is no print run indicated but I can not imagine it being more then a thousand copies.

This first edition of Three Plays by Ramon Sartoris illustrated with three drawings by Dorothea Tanning has been designed by and printed under the direction of Caresse Crosby in the city of Washington June 1944. 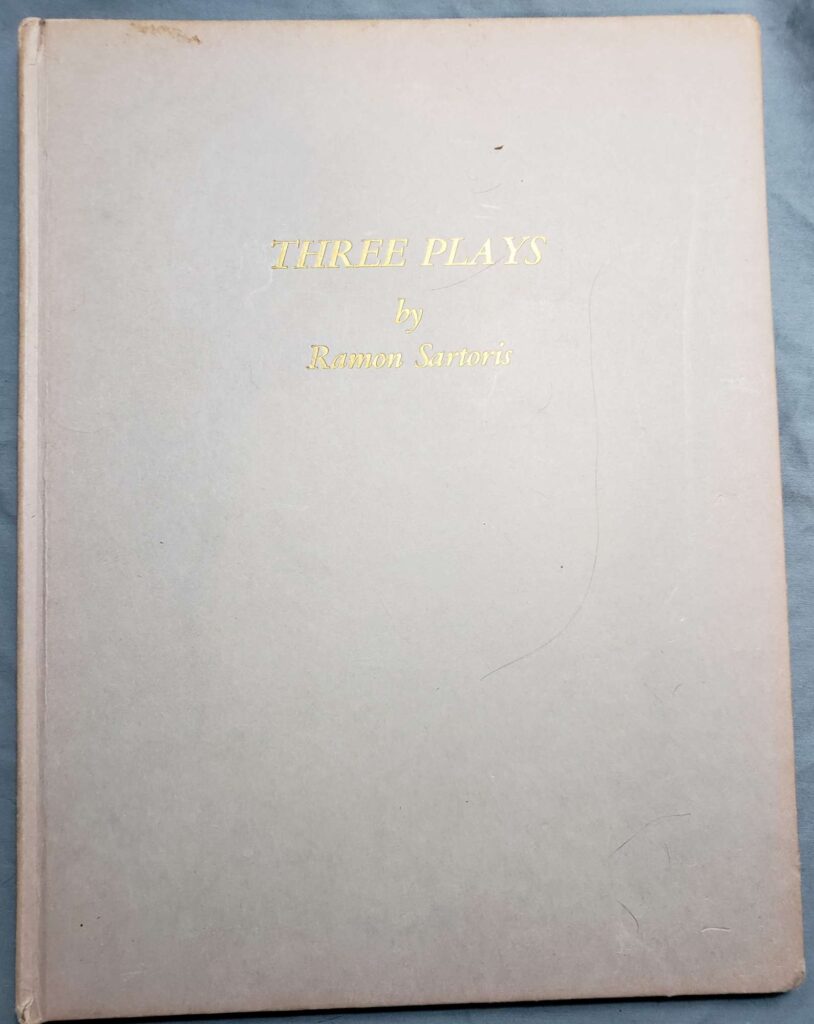 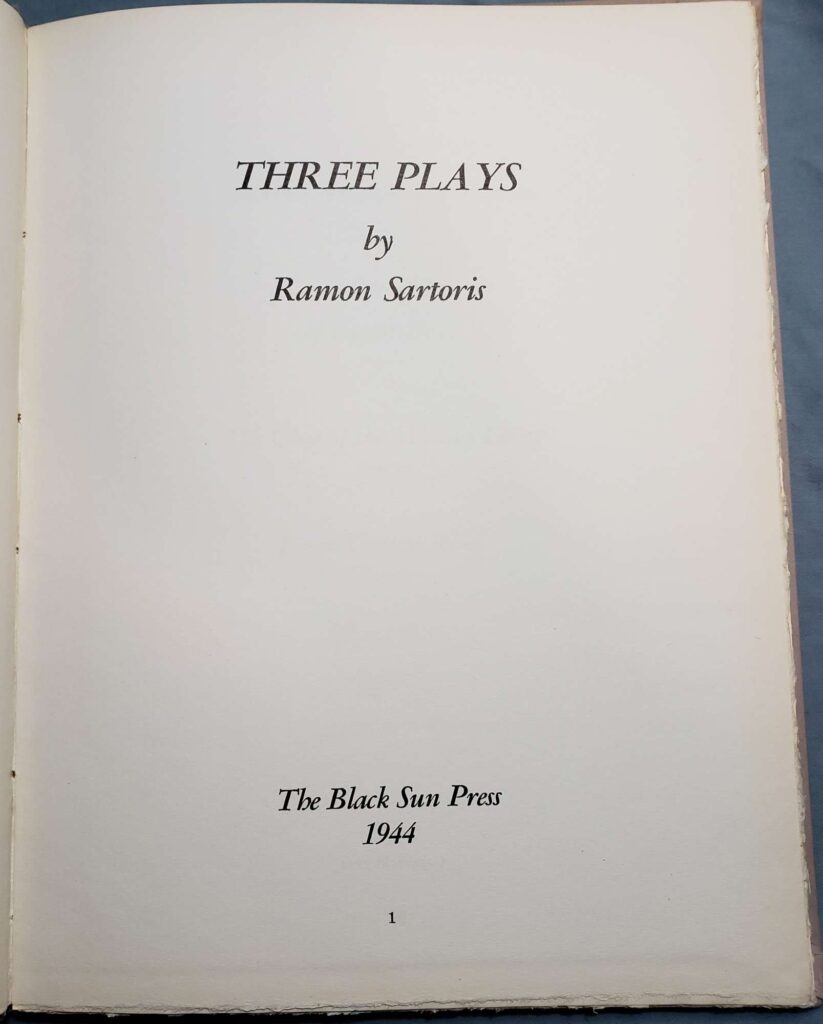 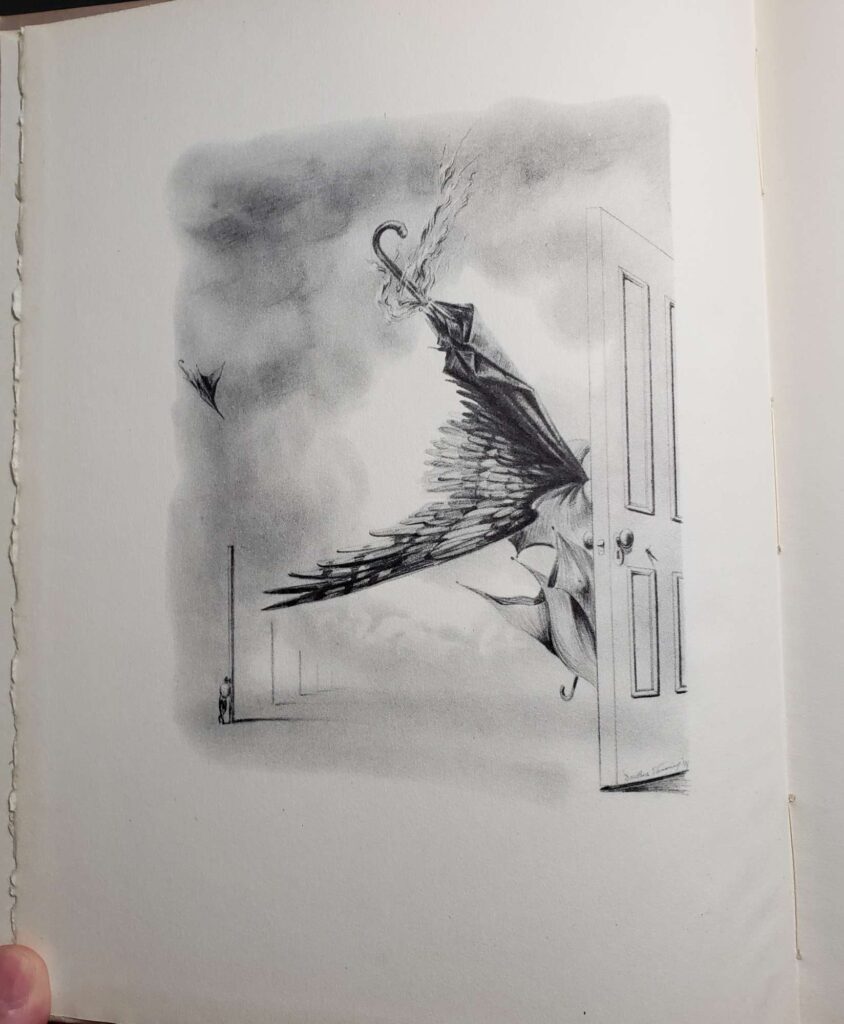 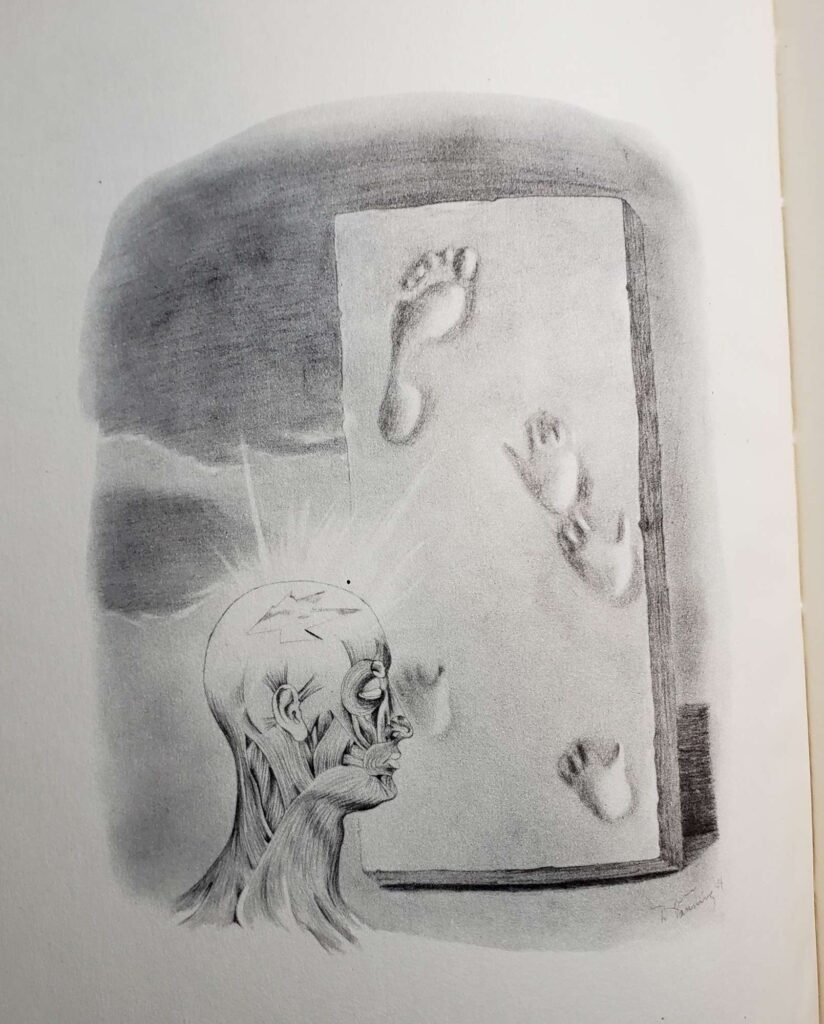 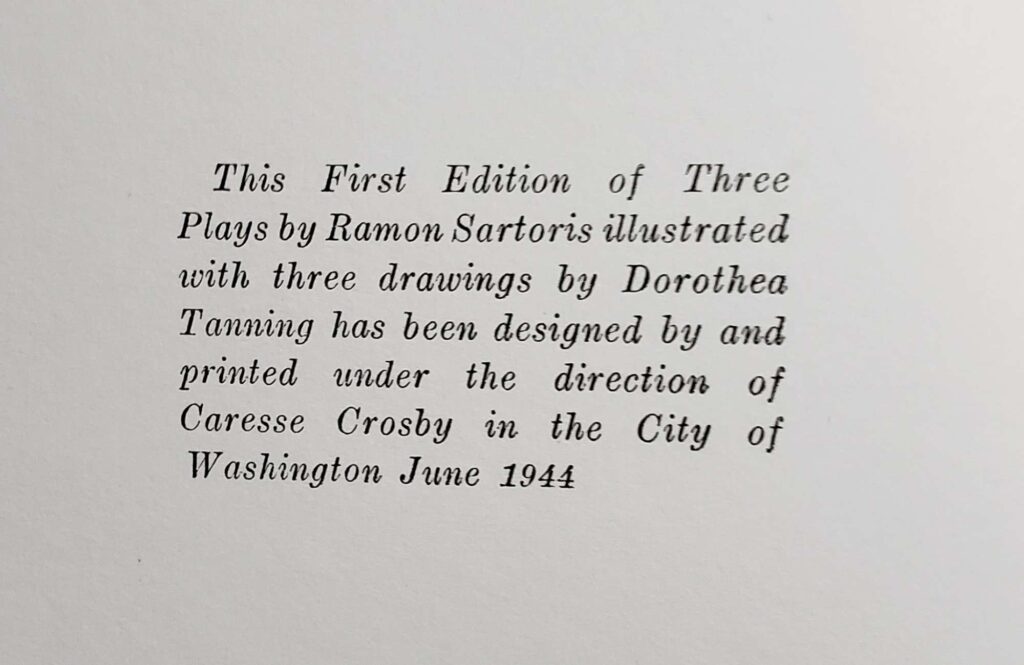 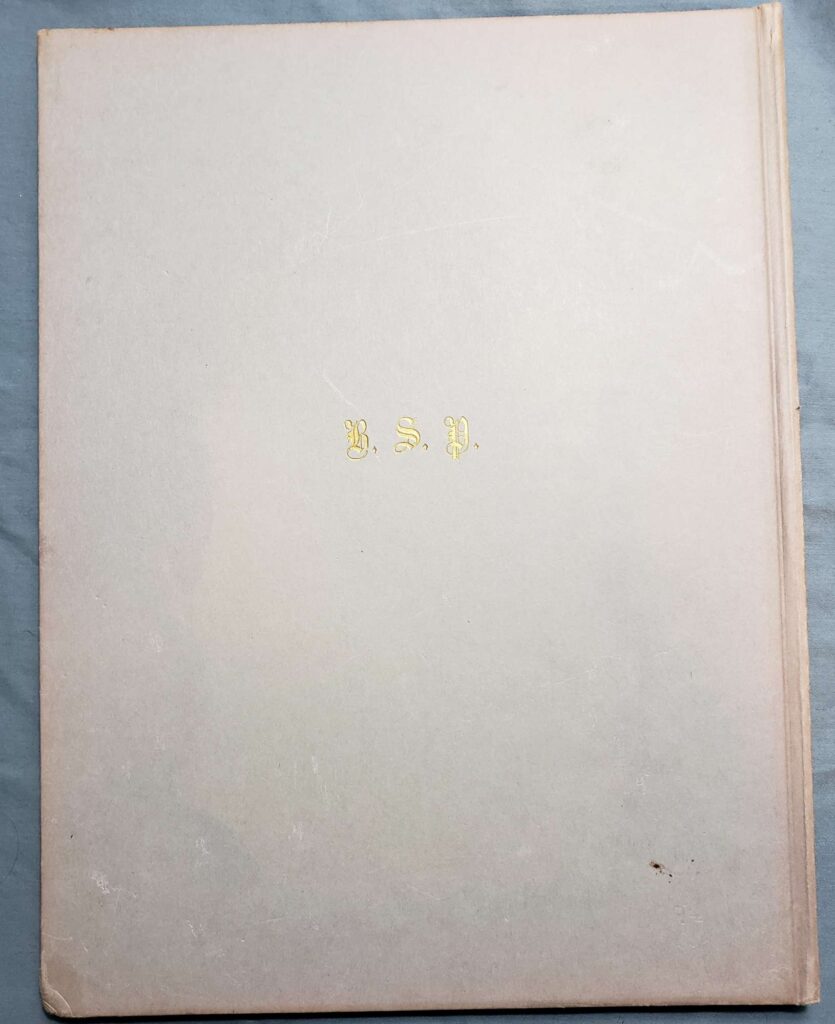 While in the United States Caresse also published some small paperback books. I imagine post war that money was quite tight and Caresse printed these to make ends meet. They are nothing like the general Black Sun Press offerings and did not hold up well. Most of them that I have seen are falling apart and in poor condition. 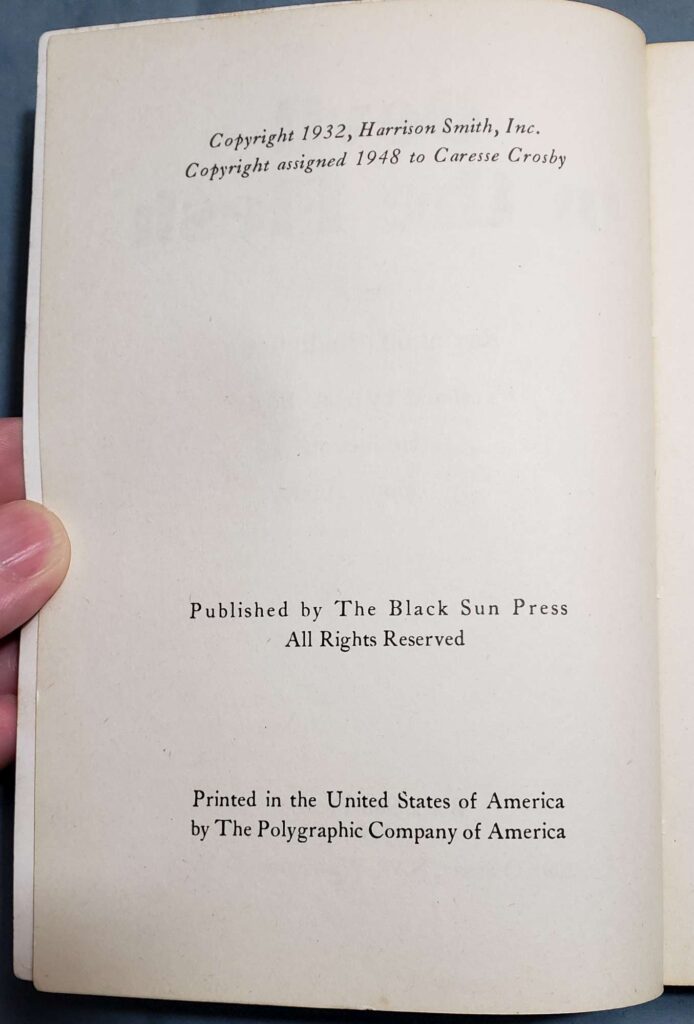